Is Lost Ark worth playing in 2022? A difficult question for me because any game is a matter of personal taste. But I can tell you how the game lives, content, classes, donation addiction, and everything in detail. If you choose to play, don't forget to utilize promo codes. 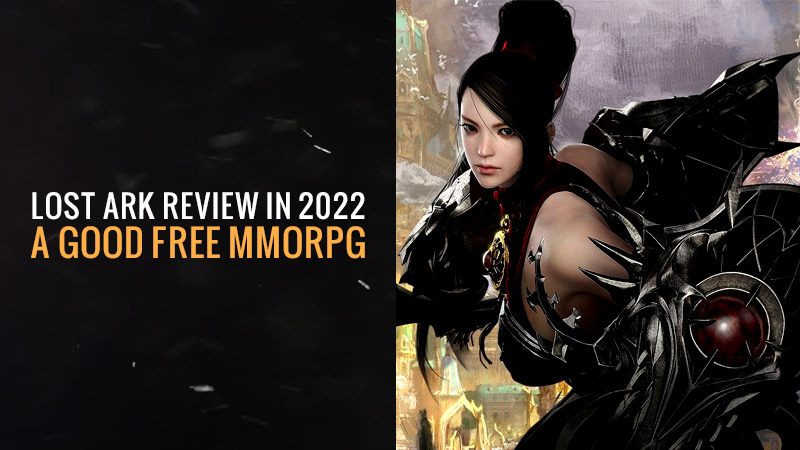 Lost Ark is an MMORPG on PC. The camera is isometric, and you need to run with the mouse. Since the beginning, it's been that way, and it won't change. Unless the developers decide to make a completely different game in the same universe, then move on if isometry doesn't scare you.

Lost Ark firmly holds the TOP-1 position in Korea, overtaking World of Warcraft, Final Fantasy XIV, and Black Desert. In Russia, there is enough online, but no one says the exact numbers. In Europe, I think the game will break into two legs. But it will be seen. There are already more than 20 game classes, and this is not the end. There are almost all the standard options that we are used to seeing in the genre. Unless there is something like a necromancer or a dark magician. And so are warriors, arrows, magicians, assassins with invisibility, half-demons, and paladins.

Almost all classes are damage dealers. Unless the bard and paladin, perhaps the new artist too - these are support classes. That is, in high-end content, they win back just like that. And to swing and develop, to bury in solo what everyone closes in solo, you can generally use any class.

Of course, the presence of a large number of classes complicates the balance between them. The hands decide many things, but there are also imbalances in the balance. In PVE, this is not particularly critical because the equipment will decide more. In PVP, distortions are noticeable.

Pumping itself is a plot, nothing complicated. We watch the story and swing at our own pace. Along the way, you can do additional quests, collect collections, and close the seeker's atlas. There are many different islands with their own stories and secrets, containing everything that can be ordered. There is generally a considerable scope for collectors and fans of achievements in the game.

Leveling up to level 50 will take about 20 hours. From here, little by little, high-end content begins. Chaos Dungeons, Guardians, the first sets of equipment and their sharpening.

Further progress is built on the principle: raise the GS (equipment level) - the content will open. He raised the GS - a new continent opened, he raised it again - the next continent. This stage is primarily solo play. If it is not possible to pass some before the next jump, for example, the Guardian, then groups usually gather there.

The first stages are simplified, and new players fly through them quickly. This one is like deep learning. Having caught up with the bulk of the players, an average game begins. It will be about daily and weekly activities—chaos Dungeons, Guardians, Cubes, the Path of Trials, not to mention the banal dailies. Abyss Dungeons will be available weekly, where you will need to win back mechanics, Abyss Raids, and Fetranian Lords - even more challenging content, where you need to play well. Almost everywhere, it will be a joint game, in which it is convenient to have your static raid for complex activities.

PVP in the game is represented mainly by the arena. It is wholly untethered from PVE and equipment. There are separate stats, separate builds, and no influence of anything outside at all, except for hands and balance for the stadium.

This, of course, is commendable, but for many, it raises the question - why then dress? Actually, for PVE and higher PVE content. And you can rush at least at level 25. The very development of the character according to the GS occurs by sharpening. At first, everything is pointed very quickly and very cheaply. But sharpening in actual content is already very stressful and low chance. Fortunately, although the equipment does not break and does not deteriorate in any way with unsuccessful sharpening, the resources fly away into the pipe.

By the way, there is an estate for gardeners in Lost Ark. There you can build something, collect, craft. I'm not doing this content well, but it is for gardeners. The MY.GAMES localizer usually makes donation dumps. But here, the developer did not let them do it. In general, you can play quite comfortably without donation. At the same time, you can buy almost everything for money - a bunch of resources for sharpening, sharpening, raising the GS number, buying engravings and jewelry. In general, for the rich, there is where to donate. Who wants to develop faster and without investments, make several twins, and Lost Ark farm resources for the base with them. I play only one character, without investment, and stick to averages. Draw your conclusions.

In general, the pleasantness of the game is that you can play it at your own pace. And if you don't like some content, you can ignore it.

The top content in 2022 is Fetranian Lords. Brutal raids, where it is best to play in a well-coordinated team. Here, well-chosen gear is needed, and a particular expense, the joint implementation of game mechanics, and the presence of Discord for coordinating actions. But this is content for nerds.

Related:  Lost Ark: The most definitive guide to making gold and silver!

With the arrival of the official production time, users worldwide have indeed commenced to purchase NBA 2K22 along with strive some of the various fresh attributes included this year. We had the business opportunity t

How to Choose a Great site to Buying Risk-free Lost Ark Gold?

Lost Ark is a Korean-style MMORPG that is quickly acquiring appeal, so news of a malfeasance in the game has been making the rounds