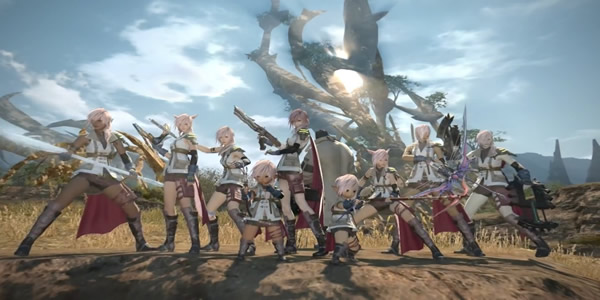 The critically acclaimed MMO Final Fantasy XIV is celebrating it's fourth anniversary, following on from the release of the second expansion Stormblood. To commemorate the occasion, on September 1-2, the developers will be hosting a special 14-hour live stream, which will include the latest installment of the Letter from the Producer Live series, and talk sessions with the team, plus in-game challenges and other special guests.

The traditional anniversary celebration The Rising is running in game as a seasonal event, letting players win minions portraying Lyse and Gosetsu, Orchestrion Rolls for Stormblood and answers – reprise and more. In order to get the cheapest Final Fantasy XIV Gil and FFXIV Power Leveling, you should check some platforms such as FFXIV4GIL. FFXIV4GIL always strive to provide the cheapest pricing for buyers due to the competitive environment.